<back to Activities Main Page

One of the main achievements of URES is the physical improvements we have made to the river habitats in Burnley. This page begins to describe some of these works, for more illustrations visit the galleries pages or download URES newsletters from publications and resources pages.

Fish Pass on the medieval ‘Burnley Weir’ in Thompson Park
The enormous weir on the edge of Thompson Park at the back of the Mohiuddin International Girls’ College (MIGC) can be seen from the top of Church Street. It is quite an attractive feature and it holds plenty of history. Constructed in 1292 to provide power for a corn mill called ‘King’s Mill’ this may have been the birth place of ‘King’smill Bread’.
The weir is certainly a feat of engineering for the time but for 700 years it has been completely impassable to fish. URES designed and installed both a fish and eel pass making this weir passable to migratory fish entering Thompson Park. 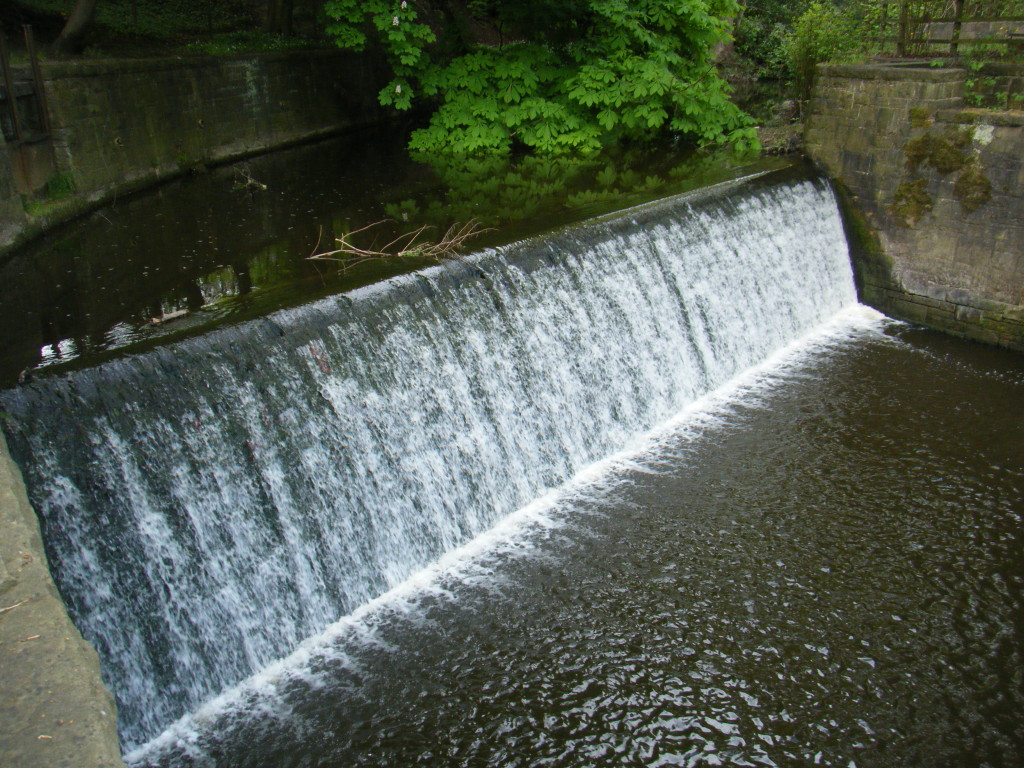 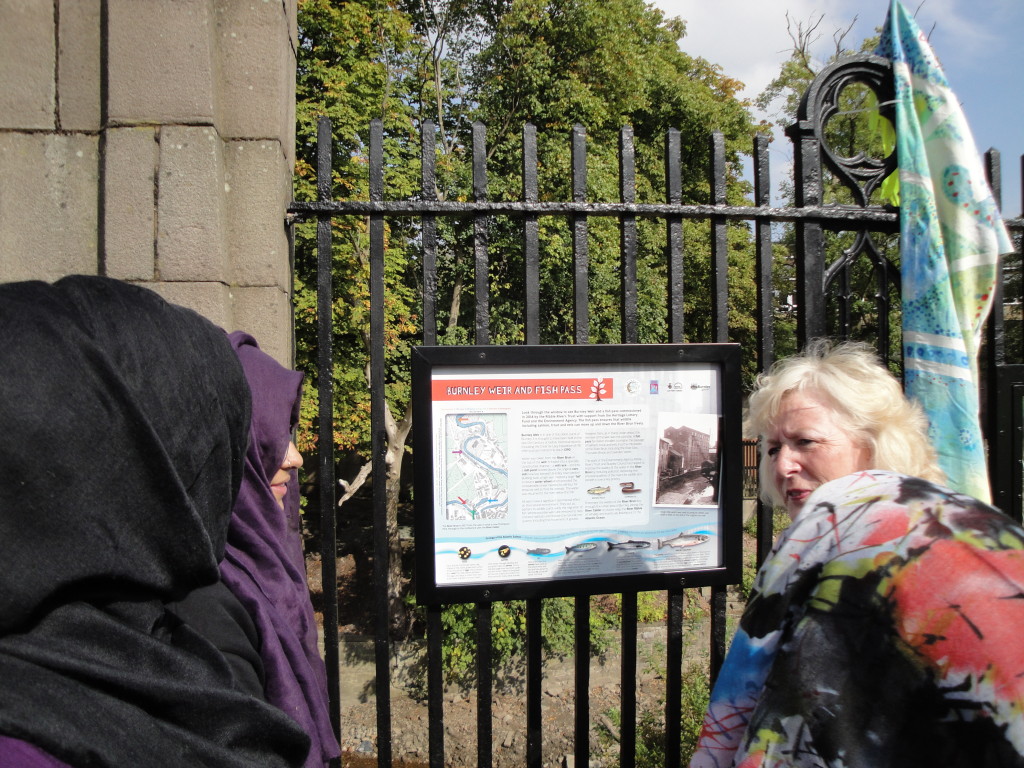 At the top of Thompson Park a smaller weir was built to supply water to the very popular boating lake in the park. This small weir also acts as a monitoring station for the Environment Agencies early warning flood system therefore altering the level of the weir or simply removing this obstacle to fish migration was not an option. A cheaper alternative to the construction of a fish pass is a fish easement where a series of small weirs in front of the barrier provide a way to gradually ‘step up’ the water level and make it passable. These improvements will also have a knock-on effect for other wildlife. Birds such as herons and kingfishers, and mammals such as otters, will be more likely to frequent the park knowing that there’s a tasty meal to be caught! 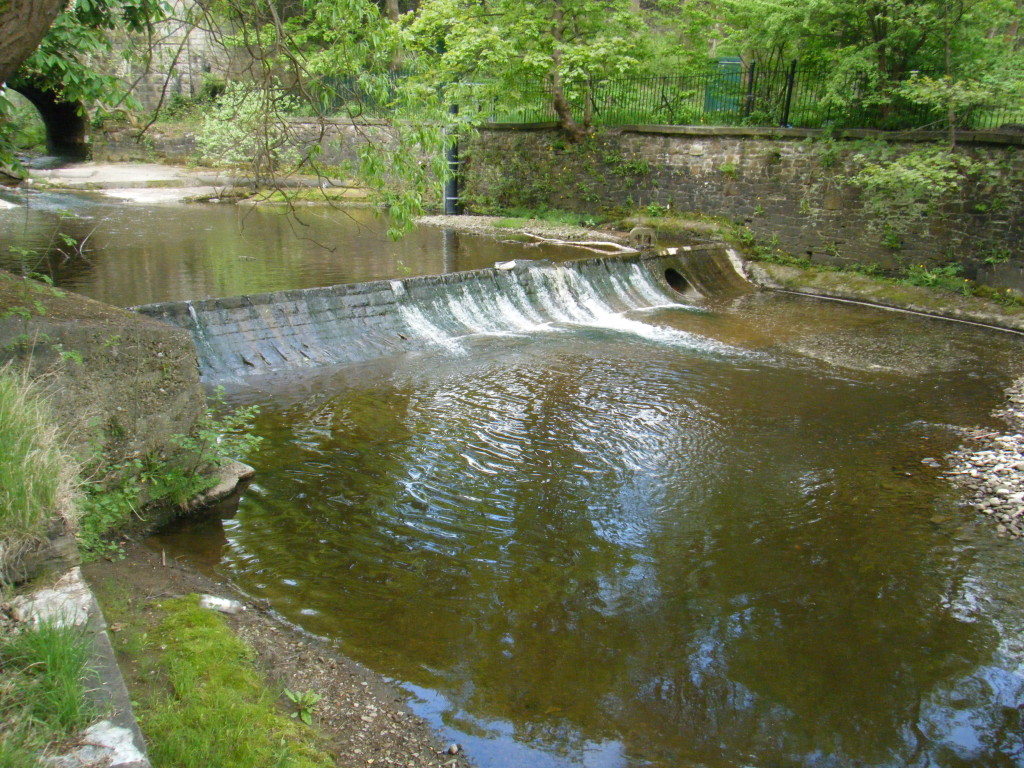 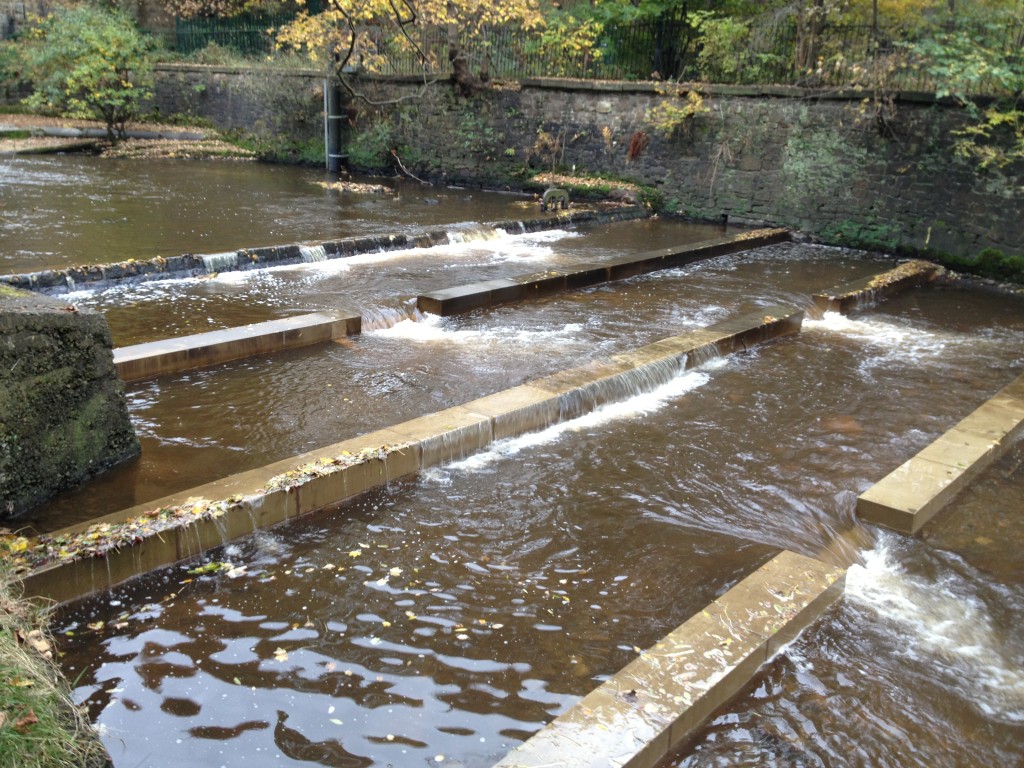 Improvements to the fast flowing channel in Burnley Town Centre
The rivers Calder and Brun have been forced to flow in a cobbled channel which runs for a length of 2.2 km through Burnley Town Centre. The channel is often culverted (built over) and some tunnel sections are over 100 m long.

Both the fast flowing water in the channel and the dark culverted sections act as a barrier to migratory fish and offer few niche habitats for other wildlife.
At an average speed in low flow levels of 1.9 cm/s the water in the channel offers no respite for fish attempting to swim through Burnley Town Centre. Our research demonstrates that at these water speeds, a medium sized fish (approximately 12 inches long) can swim for approximately 7 metres before it becomes tired and seeks a resting area. Larger fish will travel larger distances but not 2.2 Km without rest. To get photos of channel work and stone cairn into media and into the gallery below…. 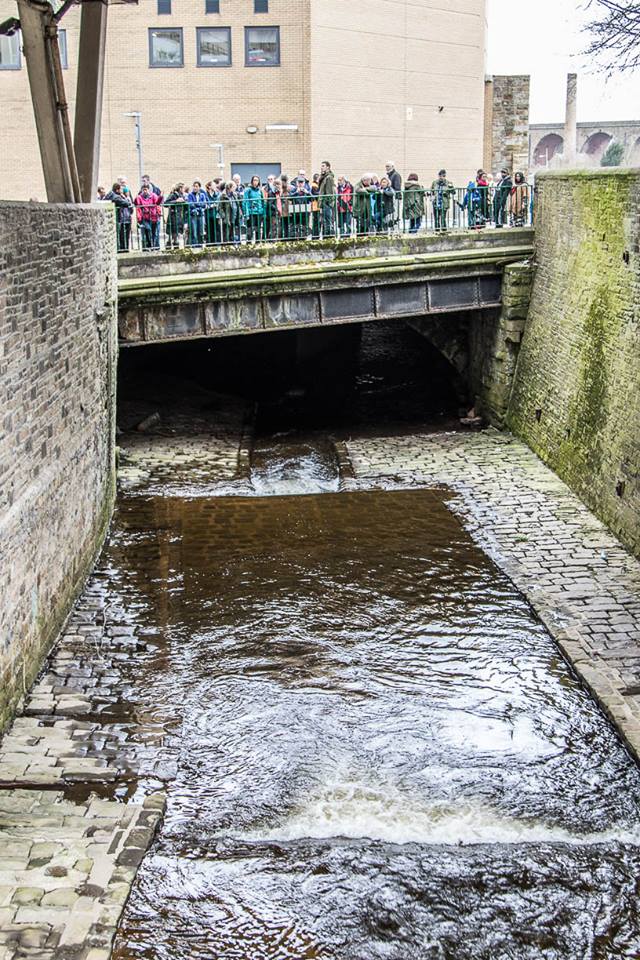 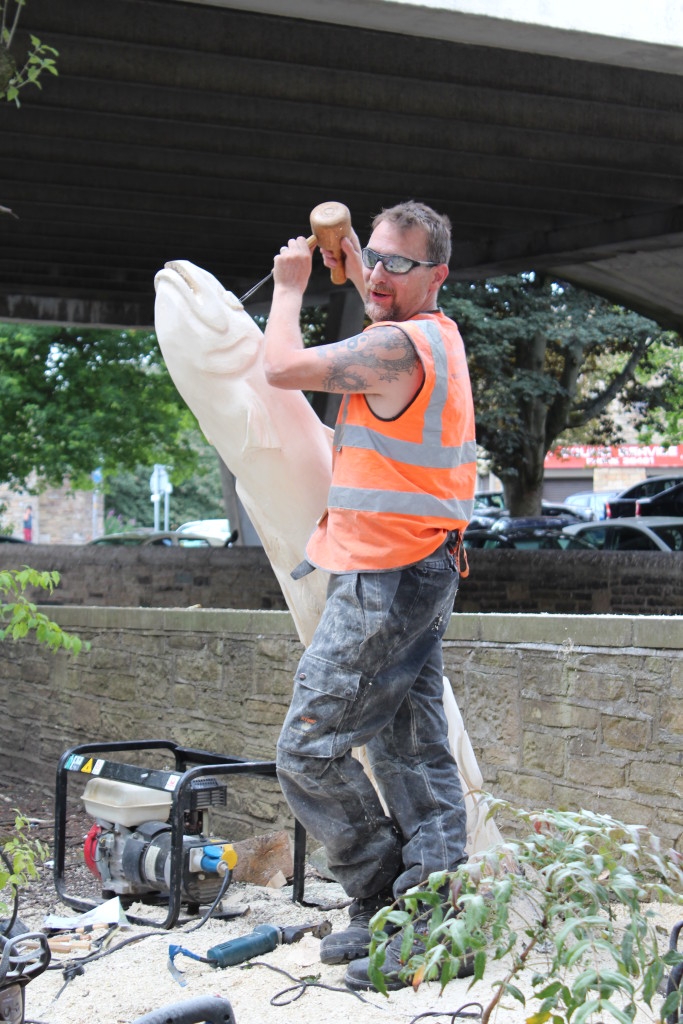 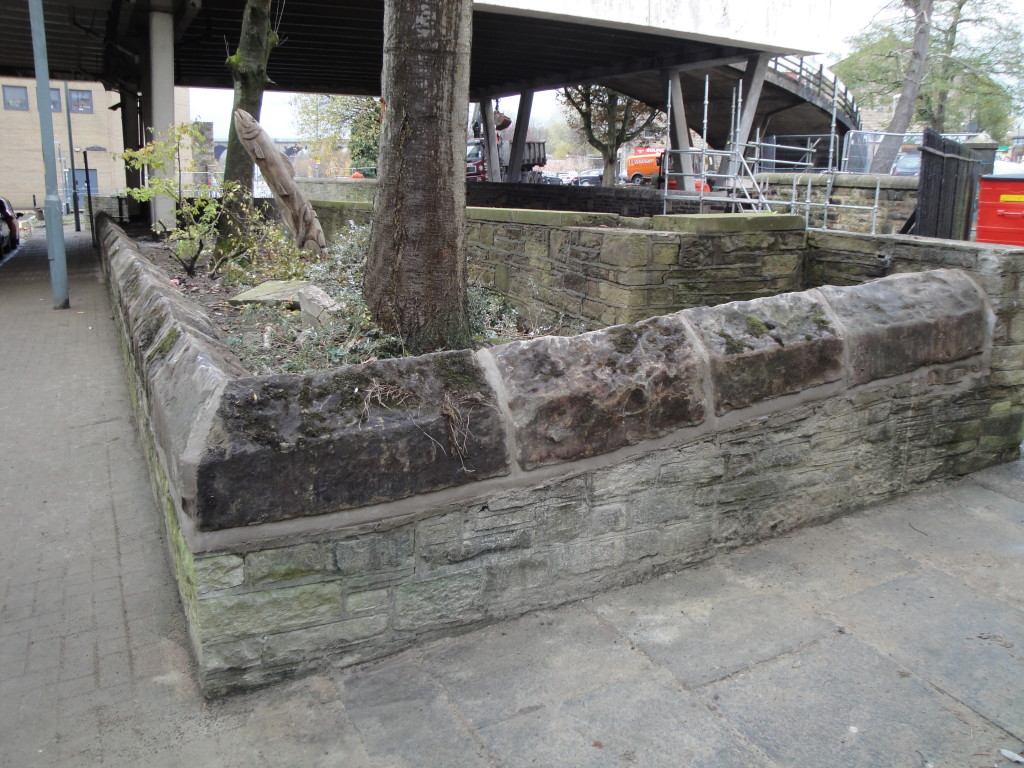 Fish Passes at Brun/Calder Confluence
Weirs are a major issue for our rivers and the wildlife they support. They prevent fish from swimming upstream to spawn, and mammals such as otters must find alternative routes around them, often putting themselves in danger by attempting to cross busy roads. These two weirs at the confluence of the rivers Calder and Brun are visible from the bridge on Active Way in Burnley town centre.
Having made all of the weirs downstream from Burnley passable to fish in previous years, these two weirs were next in line for modification. Two fish passes were constructed, one on each weir, so that fish can migrate further upstream through Burnley.
Now there is the potential for more wildlife to enter Burnley’s rivers, especially fish and the birds and animals that feed on them. In order to look after this asset,protect it and improve it, the idea for the Urban River Enhancement Scheme was conceived. 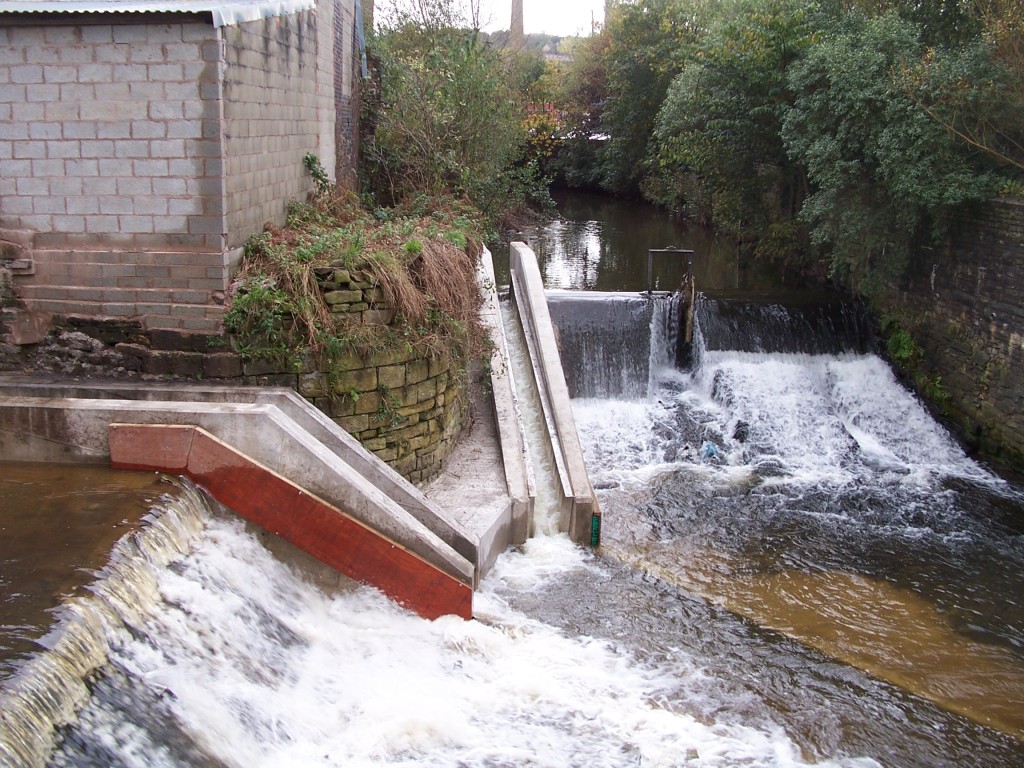 The potential locations of the proposed habitat improvements in Burnley were carefully assessed working closely with the Environment Agency and carrying out a Flood Risk Modelling process to ensure that any changes to the water channel will help to alleviate flood risk in Burnley Town Centre. 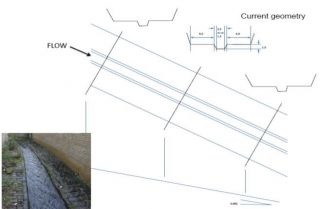 Yesterday our Ribchester guided walk took place. Join us on Wed 13th July for our Park Brook walk. This 7.3 mile route starts in Copster Green and takes in Park Brook and Showley Brook, highlighting some of the work of the Trust. Book your place here: tickettailor.com/eve… pic.twitter.com/VuNr…

Last week, Thursden Rainbows joined us in Thompson Park, Burnley to learn some water safety and get to know about the invertebrates living in the River Brun. #GreenRecoveryChallengeFund pic.twitter.com/0aqG…

A fantastic end to this amazing programme! @RibbleLife has won the @UKRiverPrize with the Ribble Life Together programme! A huge thanks to the whole RRT team, our funders, partners, volunteers, contractors and everyone who has made this possible. @HeritageFundUK #wewon #thankyou twitter.com/UKRiverP… pic.twitter.com/iVlr…

Many of you will have met our amazing Kickstart trainees. Now we're really happy to tell you that they all have new roles within the Trust and are staying on after their placements! Discover more ribbletrust.org.uk/k…

Year 3 from St Peter and St Paul's CE Primary, Rishton, went for a walk from school to Dunkenhalgh weir and fish pass this morning. They learnt all about the pool and traverse fish passage and why it is crucial to fish migration #OutdoorEducation pic.twitter.com/z4nv…